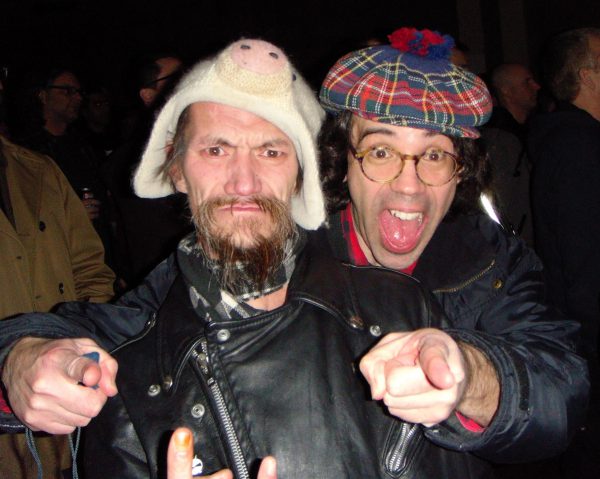 But you found CiTR thank you for finding CiTR Chi Pig. I appreciate that.

You’ve been trying for an hour at the wrong number but finally we got ahold of you.

It was meant to be, you know how it is.

And you are Chi Pig of SNFU and Chi Pig we also played, while waiting for you, some Malibu Kens!

Oh rad! The single, I imagine?

No not the single, the track from the “It Came From InnerSpace” compilation album.

Oh what was the name of the song you played?

“Party’s Over” by the Malibu Kens.

Oh yeah yeah yeah yeah yeah…I went to high school with the Malibu Ken that wrote that song and who turned out to be Blake Cheetah, who became the bass god for Jerry Jerry and the Sons of Rhythm Orchestra.

Were the Malibu Kens also related in some way to Jr. Gone Wild?

Did you do the cover artwork for the Malibu Kens seven inch?

No, no I laid out their posters for them on the inside.

Ah well I’m glad you were able to clarify that because I was saying you did the cover art. So I’m so happy that you phoned in, and again we’re speaking to Chi pig from SNFU.

If you look down in the corner you’ll see I signed with my real name. What was I thinking back then?

END_OF_DOCUMENT_TOKEN_TO_BE_REPLACED 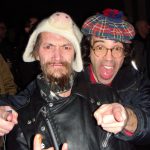 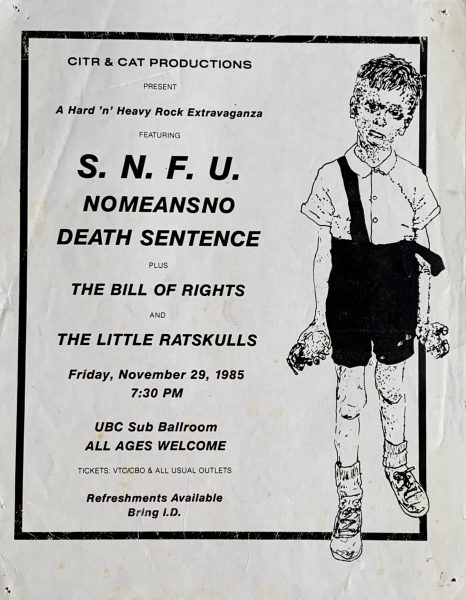 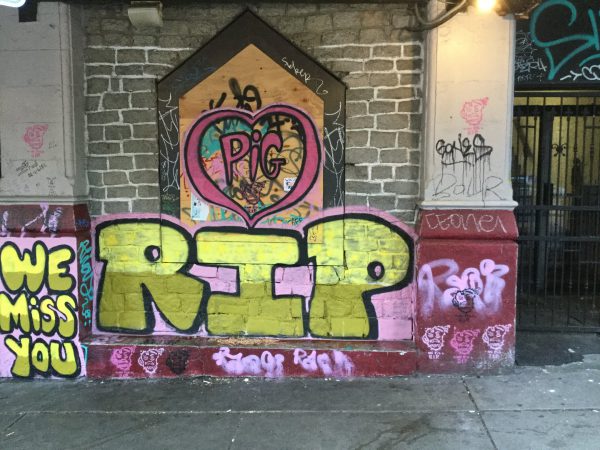 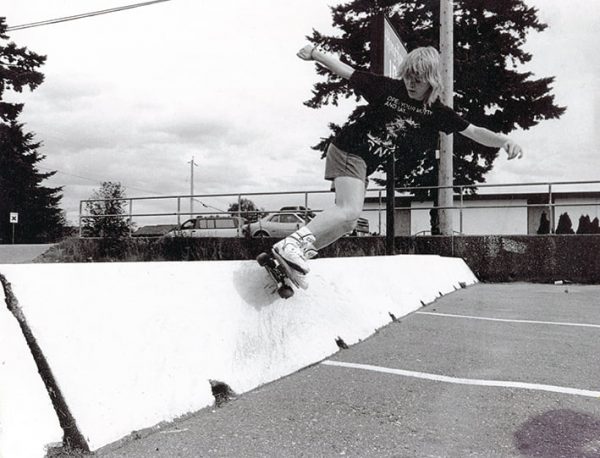